GlobalSoilMap got an Honourable Mention 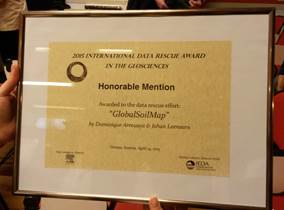 GlobalSoilMap project was recently awarded an Honorable Mention  by the 2015 International Data Rescue Award in Geosciences. Dominique Arrouays and Johan Leenaars submitted the application with many inputs from researchers around the world. Dominique the science coordinator of GlobaSoilMap, said that although we did not win he is pleased with a global recognition, and demonstrated that this project has gathered support from various institutions around the world and some good examples has been achieved.

Dick Brus, our soil sampling expert, recently proposed the use of Balanced Sampling for Soil Survey. Pedometricians usually optimized their sampling strategy to cover the geographical space, feature (covariate) space or both. Now Dick found that there is Balanced Smapling which is commonly used in socioeconomic study has not been noticed in soil science. It has several advantages, one of them is that Latin hypercube sampling is a special case of a balanced sampling. In addition, if balanced sampling is applied, the inclusion probabilities of the samples can be calculated and optimised. Thus samples obtained by this design can be used both in design-based or model-based statistical  inference. Dick illustrated its application with examples in soil surveys. The paper is published online in the upcoming September issue of Geoderma.

Jaap de Gruijter and colleagues recently developed a new method to optimize spatial stratification and allocation for stratified random sampling of points. The method uses a grid of points with uncertain predictions of the target variable (for example a digital soil map). The objective function of the sampling stratification is defined by generalized distances between pairs of grid points, determined by the difference between the predictions, the variances of the prediction errors, and their covariance as a function of the geographical distance. The authors used an iterative reallocation algorithm to minimise this objective function. The resulting stratifications represent solutions on a continuous scale between two extremes: for errorless predictions, a stratification close to those by the cum-root-f method, and for entirely uninformative, a compact geographical stratification based only on the locations of the grid points.  The authors illustrated it with a soil survey example. The study was published in the Journal of Survey Statistics and Methodology.

Equations that Changed the World 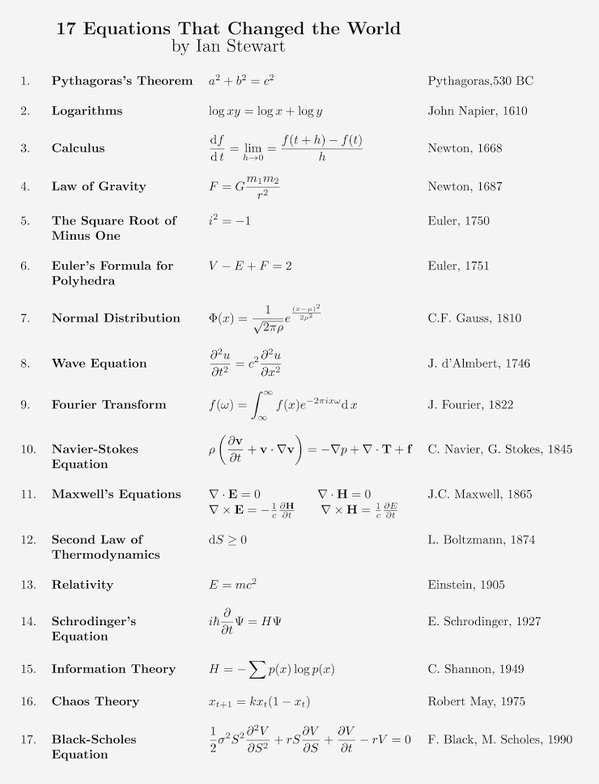 Pedometrics will be celebrating its Silver Jubilee in 2017. The first pedometrics conference was held in Wageningen in September 1992. Planning for Pedometrics 2017 is underway to celebrate 25th anniversary at its birthplace. Gerard Heuvelink will be organising the conference from 26 June to 2 July 2017 at Hof van Wageningen  which is the same location used in 1992! This will also be a joint conference with four of its Working Groups:

Mark on your calendar now for this once in a lifetime important event!