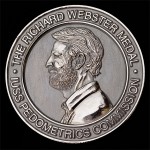 Richard Webster was born in1933 in Derby (England). The start of his career as the founder of pedometrics began with a degree in chemistry from the University of Sheffield (1954), followed by studies in soil science and statistics at London University and Rothamsted Experimental Station. From 1957 to 1961 he led the soil survey in Northern Rhodesia, and while there he introduced air-photo interpretation based on physiographic understanding to accelerate survey. He continued with this theme to find means of spatial prediction of soil properties for his doctorate at Oxford University (1966). During the 22 years (from 1968) at Rothamsted Experimental Station he continued to develop statistical pedology. Of major importance, he adapted the theory of regionalized variables to soil survey for optimal spatial prediction of soil properties from sparse sample data. It was this work, in particular, that led to the development of what we now know as Pedometrics. During this period Richard supervised several PhD students two of whom went on to work in Pedometrics, namely Alex McBratney and Margaret Oliver. Richard continued his role in educating pedometricians (Andreas Papritz) at the Swiss Federal Institute of Technology. He has continued to apply statistical theory to practical problems in soil pollution, precision agriculture, and spatial filtering since his retirement.

The composition of the current (2014-2018) Pedometrics Committee on Prizes and Awards is:

Guidelines for the award of the Richard Webster Medal

Requirements and eligibility for the award of the Richard Webster Medal

A nominee should be a member of the IUSS at the time of the nomination and have been involved in activities associated with pedometrics, in particular.The nominee must be living at the time of the selection; retired pedometricians still active in pedometrics research will be eligible for the award. The nominee should be willing to receive the medal at the time and place designated by the IUSS World Congress, and be a keynote speaker at the next conference of the Pedometrics Commission (held biennially) following the presentation of the medal. Members of the Awards and Prizes Committee shall be ineligible to    receive the medal while serving on the Committee.

Inclusion of any of the above must show clear relevance to pedometrics.